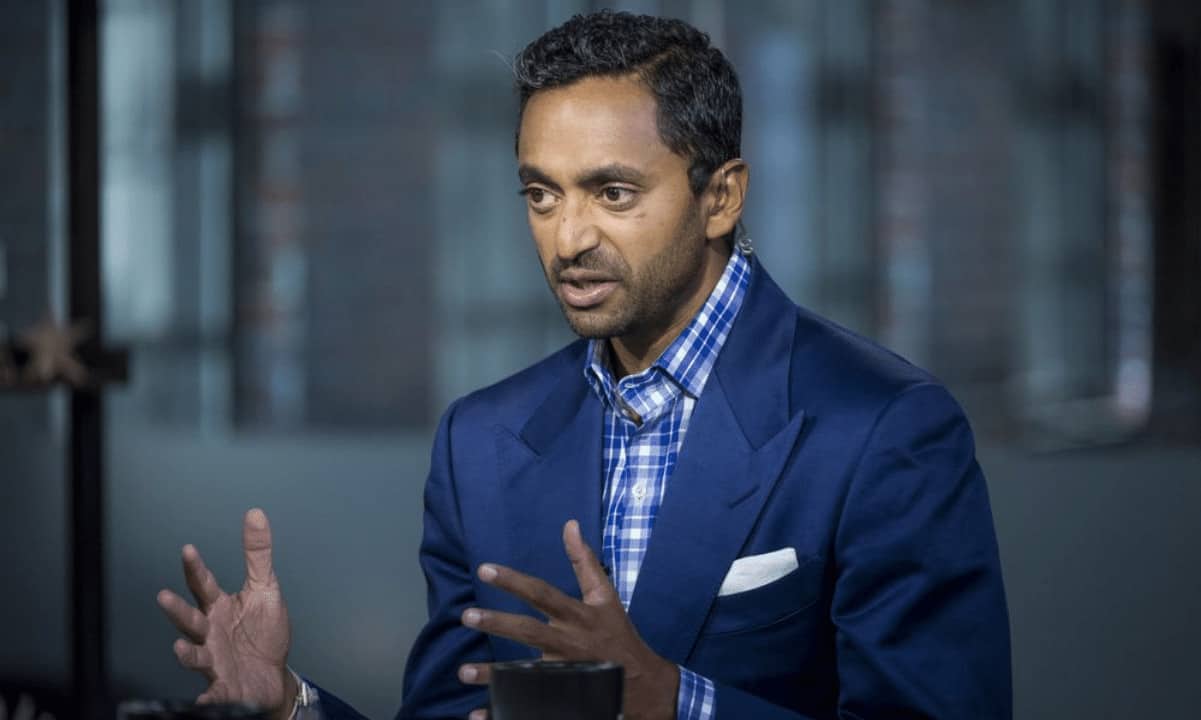 The argument claiming that bitcoin is or will someday be better and more utilized than gold has received further support from the CEO of Social Capital Chamath Palihapitiya. In a recent interview, he asserted that BTC has already replaced the precious metal, and its market cap will soon readjust to show it.

The past few years saw the debate of bitcoin versus gold growing outside the cryptocurrency community, with numerous prominent names from other financial industries weighing on it. While some, like Peter Schiff, continue to reject BTC as a valid competitor to the yellow metal, others, like Michael Saylor, Anthony Scaramucci, and Steve Wozniak, see more merit in the cryptocurrency.

Chamath Palihapitiya, the venture capitalist, engineer, and founder of Social Capital, seems to be a member of the second camp. Speaking to Delivering Alpha, he said it was hard for him to provide a specific price tag for BTC, even though he previously predicted that it will reach $200,000, but outlined a significant milestone that bitcoin has achieved in his eyes.

“Bitcoin, I think, has effectively replaced gold. And it will continue to do so.” As such, he added that BTC’s market capitalization “is just going to grow.”

Palihapitiya has previously praised the cryptocurrency and its merits while urging investors to allocate at least 1% of their portfolios to it. Additionally, he said his introduction to the asset was roughly a decade ago, and buying portions of it has become his “best investment bet.”

Palihapitiya was also known for his support for Elon Musk’s electric vehicle giant Tesla. However, he recently revealed that he has disposed of his entire position “in the last year or so” to fund other investment projects.

“I don’t have an infinite pool of capital. So when I have these ideas, the money has to come from somewhere.”

During the same interview, Social Capital’s CEO also expressed concerns about the growing inflation rates. To prepare for the already evident consequences, he has focused on accumulating hypergrowth companies, cash-generating businesses, and a few assets that lack correlation with those two, such as bitcoin.

“In an inflationary environment, in my very simplistic view of the world, I want to own three things: hypergrowth, because hypergrowth can always out-run inflation, cash-generative assets, and then I want to own non-correlated assets.”

Bitcoin at 10-Day High After Powell and Despite China FUD: The Weekly Recap