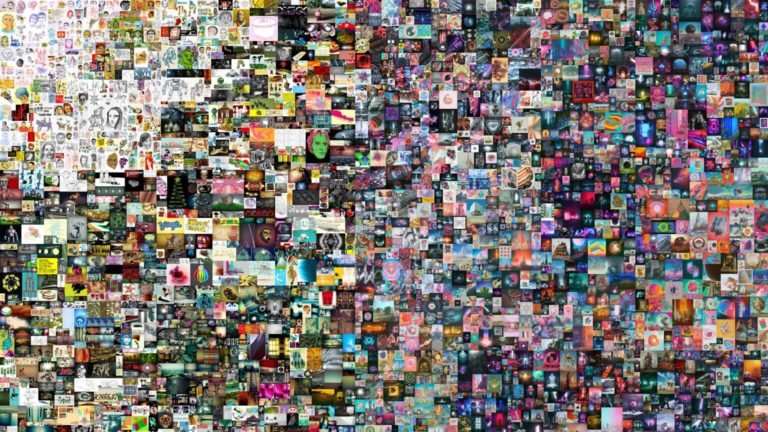 Collins Dictionary has acknowledged the recent NFT boom in its 2021 Word of the Year list.

NFT Wins Word of the Year

Beeple sold a tokenized JPEG for $69 million at Christie’s, Grimes and The Weeknd minted tokens for their music on Ethereum, and now Collins Dictionary has selected “NFT” as its Word of the Year.

The buzzy abbreviation referring to non-fungible tokens came out on top of a shortly that also included “crypto,” “Metaverse,” and other phrases like “neopronoun,” “climate anxiety,” and “cheugy.”

Collins Dictionary’s announcement of the award noted how NFTs had been mentioned continuously “in breathless news reports and on social media” throughout the year. It also commented on the important role digital art played in showing the technology’s promise. “What’s really captured the public’s imagination around NFTs is the use of this technology to sell art,” the announcement noted, pointing to Beeple’s Christie’s sale in March as a pivotal moment for the space.

However, while Beeple’s record-breaking sale made headlines worldwide at the time, the NFT space saw many other major developments as it hit the mainstream throughout the year. A number of major musicians, including The Weeknd, Eminem, Grimes, and Aphex Twin, have minted their own NFTs this year, while other celebrities like Tom Brady, Snoop Dogg, and Jimmy Fallon have endorsed the movement by collecting their own pieces.

For crypto enthusiasts, NFTs exploded over what became known as “NFT summer,” a period of mania from July through August that saw demand for generative art and avatar projects soar. Prices rose as trading volumes did, with the rarest pieces from sought-after collections like CryptoPunks and Fidenza changing hands for millions of dollars (Visa helped the value of CryptoPunks rise by announcing that it had bought one of the 10,000 algorithmically-generated characters for $150,000 in August; the collection’s current floor price is $350,000).

Besides Collins Dictionary, several Big Tech giants appear to have recognized the impact NFTs had in 2021. After dropping its own tokens, Twitter hinted that it would offer NFT authentication in September. Following that, Facebook announced it had rebranded to Meta, kickstarting a frenzy for Metaverse-related projects in the cryptocurrency market. Discord also hinted that it would integrate Ethereum to offer NFT support, although it’s since sidelined the plans following a backlash from its community.

Disclosure: At the time of writing, the author of this feature owned ETH and several other cryptocurrencies.

Visa has announced the purchase of a CryptoPunk NFT, furthering its commitment to understanding cryptocurrency services with the goal of offering them to its clients and customers.   Visa Buys a…

A Guide to Yield Farming, Staking, and Liquidity Mining

Yield farming is arguably the most popular way to earn a return on crypto assets. Essentially, you can earn passive income by depositing crypto into a liquidity pool. You can think of these liquidity…

The Weeknd Raises Over $2 Million in First NFT Auction

Abel Tesfaye just made around $2.29 million from his collaboration with Nifty Gateway.  The Weeknd Gets Tokenized  Abel Tesfaye, the platinum-selling R&B artist better known as The Weeknd, just made…

Biggest News EVER For Bitcoin & Ethereum!! (All HODLERS Must Watch)

Bitcoin will grow to $100 trillion asset, flipping gold as a store of value-…

Crypto bloodbath ensues, all US indexes in the red

CLEAREST PROOF THEY ARE LYING TO YOU! This is Your BEST…