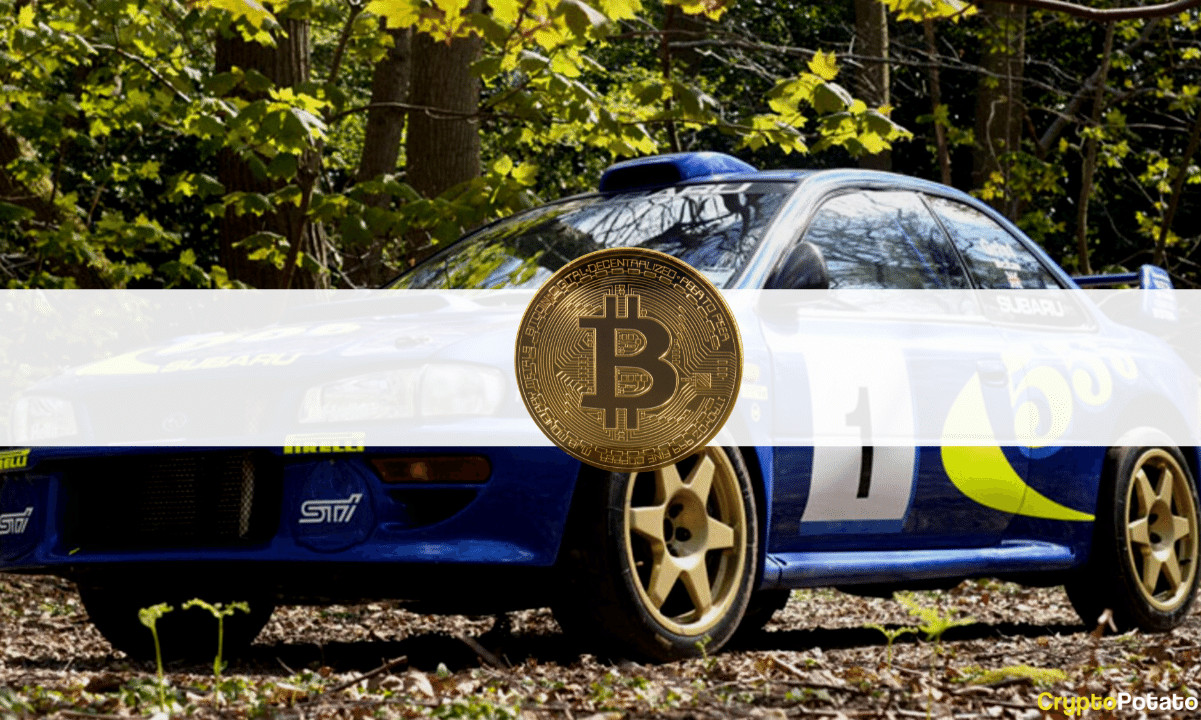 An anonymous buyer at an Australian auction paid $361,000 in bitcoin to acquire a classic Subaru WRX driven by the rally champion Colin McRae.

Racing Car in Exchange for BTC

According to a recent report, the automobile was located in the back of a Victorian shed for some time, and few people knew how valuable it was. When Lloyds Auctions introduced it, the machine’s estimated price was not more than $15,000.

An investigation, though, found out that the car was particularly symbolic as champion drivers like Colin McRae and Carlos Sainz have been behind its wheel. Moreover, the British firm Prodrive built it for the World Rally Championship, and the former won top titles on the global stage with it.

After revealing its history, the car’s value spiked significantly, and an anonymous Subaru fan purchased it for roughly $360,000. Interestingly, he or she paid in bitcoin.

The classic Subaru WRX was so popular in the late 90s that it became one of the iconic cars in the Colin McRae Rally PlayStation game. Named after the prominent Scottish driver, it is still one of the top racing video games.

Speaking of Colin McRae, the legendary racer was arguably the best in his field, becoming the youngest person to win the World Rally Championship Drivers’ title in 1995 when he was only 27. The Scottish lost his life in a tragic helicopter crash in 2007, but it seems like his legacy is still alive as it managed to escalate the Subaru’s price by more than 20 times.

Can One BTC Buy a Lamborghini?

The CEO of the crypto exchange Kraken – Jesse Powell – recently predicted what exactly people can purchase with one coin of the primary digital asset in the near future. Saying that bitcoin was heading towards “infinity,” he forecasted that by the end of 2021, it could buy a Lamborghini car. What’s more, the same amount of BTC could provide a Bugatti model in 2022:

Specifying what “infinity” means in terms of the USD, Powell said that $1,000,000 per bitcoin sounds reasonable in the next ten years.