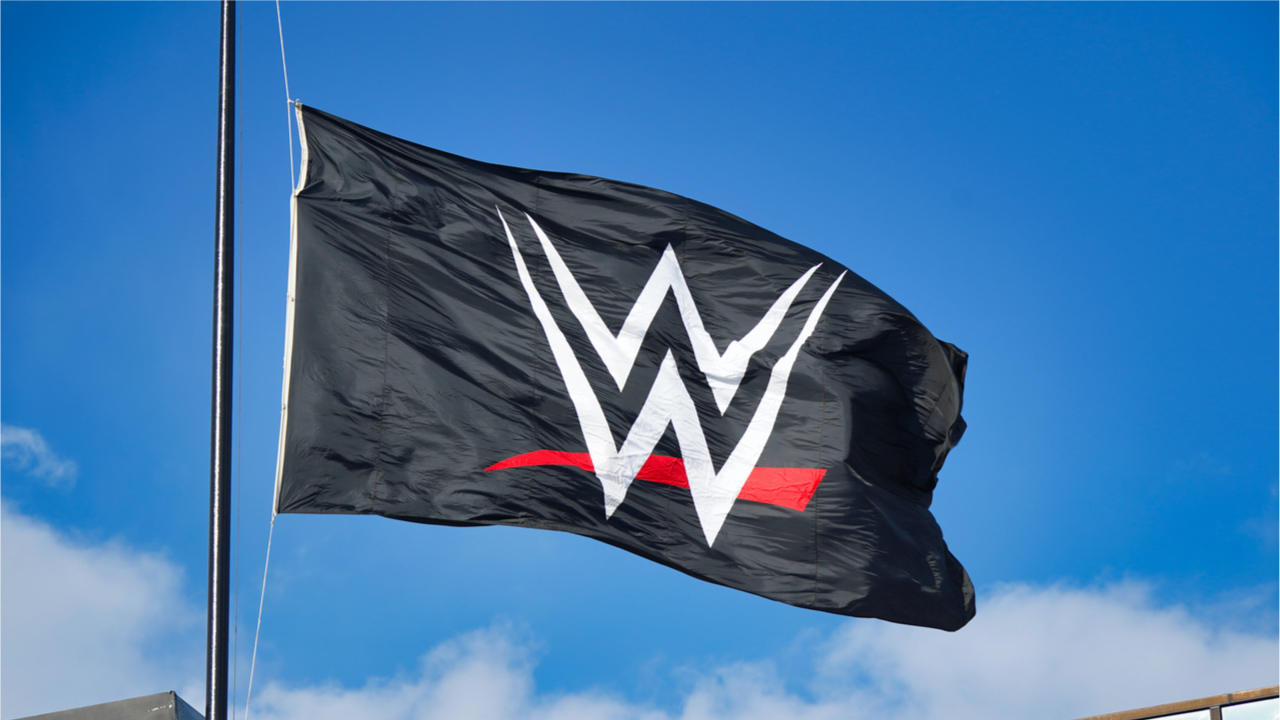 Nearly every industry under the sun has started to notice non-fungible token (NFT) technology and on Wednesday, the media and entertainment company World Wrestling Entertainment, Inc., otherwise known as WWE, announced the launch of an exclusive NFT marketplace. According to the announcement, the market will produce licensed digital WWE tokens and collectibles that showcase WWE superstars and iconic moments.

WWE Plans to Lay the Smackdown With NFT Collectibles

On October 27, Fox Entertainment and Bento Box Entertainment revealed the companies have inked an exclusive agreement with the publicly-listed media and entertainment company WWE (NYSE: WWE). The professional wrestling company was founded in 1953 and is currently the largest wrestling promotion on a global scale with more than 450 events held annually.

For years the company owned by Vince McMahon was known as the World Wrestling Federation (WWF) but changed its name in 2002 to WWE. The three entertainment firms plan to launch a marketplace dedicated to licensed WWE non-fungible tokens (NFTs) and NFT collectibles. The collaborative effort will see the creation of “authentic NFTs that celebrate the company’s entire catalog of digital assets.”

WWE superstars will be showcased alongside premier events, such as Summerslam and Wrestlemania. According to the announcement, WWE NFTs will be powered by Eluvio’s blockchain technology in a similar fashion as the “The Masked Singer” NFT marketplace. WWE’s NFT market will be launched in the near future and a release date and marketplace name will be disclosed to the public in “the coming weeks.”

The announcement also says that Eluvio will authenticate the WWE NFTs and they will be “interoperable across Ethereum and other blockchains.” Scott Zanghellini, WWE’s senior vice president of revenue strategy and development, explained the partnership helps bolster WWE’s relationship with Fox Entertainment. “This new partnership allows us to deepen our relationship with Fox, as we continue to explore new and creative ways to engage our passionate fanbase,” Zanghellini said in a statement.

The deal with Fox and WWE is the two firms’ second partnership, as the two formed a prior bond in 2019 when Fox Sports started to broadcast the WWE show “Friday Night Smackdown,” which airs every week. The Smackdown shows will “play an important role in promoting the marketplace to WWE fans,” the announcement details. Users will need to leverage a digital wallet provided by Eluvio in order to participate in WWE NFT promotions.

Binance Charity to provide over 30K Web3 scholarships in 2023