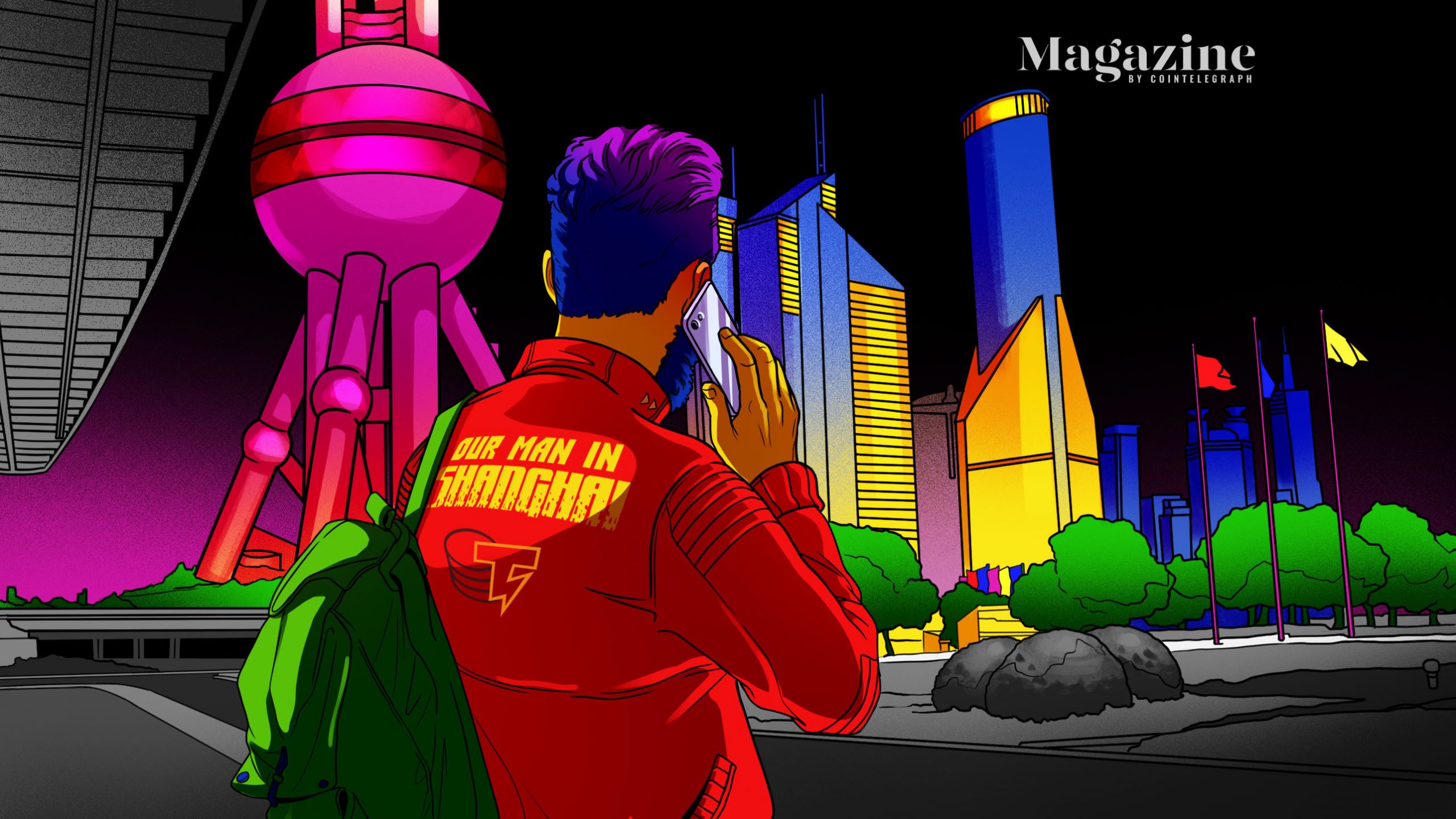 This weekly roundup of news from Mainland China, Taiwan, and Hong Kong attempts to curate the industry’s most important news, including influential projects, changes in the regulatory landscape, and enterprise blockchain integrations.

This week, Wanxiang Blockchain hosted its annual Shanghai Blockchain Week, an event that usually brings together the government, enterprise, academic and degen side of the industry for a big celebration of how far decentralized technology has come.

This year was a lot different, as the degens have been pushed out of the limelight by the recent spate of regulation. That didn’t stop them from having their private parties, but it was a big change from previous years where nearly every major project, VC, exchange, and media group hosted glitzy all-you-can-eat-and-drink events at landmark venues all over Shanghai.

For the main event, Ethereum cofounder Vitalik Buterin attended via video, giving his usual profound insights into the development of Ethereum. Much like the speeches he gave recently at other Ethereum events, he talked about how Ethereum can evolve through Layer-two scaling.

Layer-two projects, such as Near, Avalanche, Polygon and Arbitrum have spent a lot of time cultivating Chinese-language ecosystems, hoping to tap into a large user population that doesn’t have as many ideological qualms around decentralization as western counterparts. Buterin also joined a panel with two others who have had success raising interest in China, Juan Benet of Filecoin and Dominik Williams of Dfinity.

Playing hard to get

A few big events were available for the evening crowds, but most of them were invite-only attendance. One event titled “Degen Night” was causing a stir because the organizers purposely left out any mention of where it was located or who they were. People who were invited were contacted anonymously and told to keep the location secret. The poster did specify that OHM, SPELL, TIME, and KLIMA communities were likely to be well represented.

The MAODAO, a Chinese backed community of play-to-earn gamers and NFT fans, also held an exclusive event. Like the other events, the DAO waited till the last day to reveal the location, and only in the Discord channel. Owning a Ready Player Cat NFT was stated to be a requirement for entrance, but no word on how strictly that was enforced.

In general, the week didn’t feel like as much of an old friends gathering as previous years. It’s hard to tell how much of that was due to regulations, and how much was a result of the strong market conditions diluting the scene with newer players.

Huobi slipped further behind FTX this week, now sitting at only around 60% of the volume. Last month, Huobi announced that they would be closing Chinese accounts at the end of 2021, potentially cutting off a large portion of its active user base.

Judging from the volumes, OKEx and FTX seem to be benefiting the most from this. Huobi’s HT token has had a rough 2021 as well, now trading at less than $10, a steep drop from the May peak at $35.

Another strong performer is Gate.io, an exchange with roots in China that is threatening to shed its Tier-2 status. On Thursday, it was showing over $7.5 billion in 24-hour volume, making it on par with leading Korean exchange Upbit, and seventh overall. Fans of memecoins will rejoice to see that of that volume, around 20% came from the leading duo of Shiba Inu and Dogecoin.

Hong Kong is apparently becoming a hotbed of OTC trading desks, according to an article by Rachel Wolfson on Cointelegraph. Wolfson described how many of these have their own physical locations and use case that to build trust with users, including Chinese tourists.

The one barrier standing in front of this booming industry is an upcoming regulatory framework, which is currently being mulled over. If Hong Kong is to follow the path Beijing took earlier this year, it could have a major impact on the city’s crypto industry. That would likely give an even bigger boost to Singapore, where many major crypto players have already taken regulatory refuge.

How much enforcement is too much? – Cointelegraph Magazine