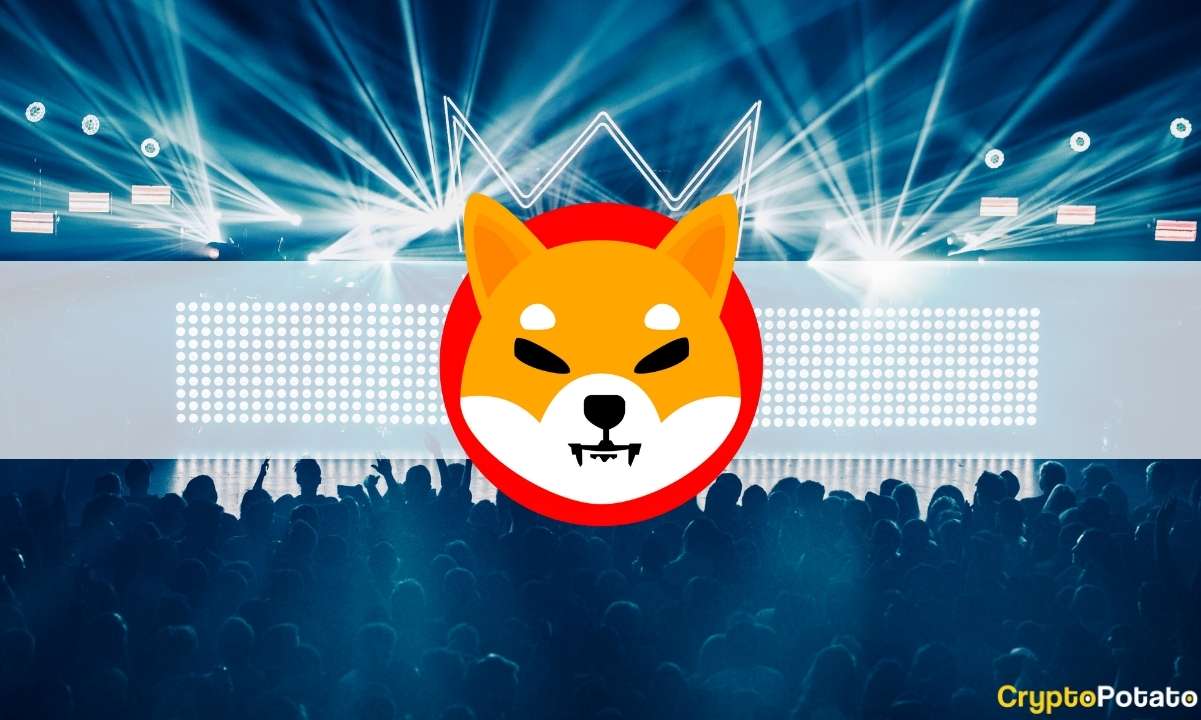 Without a shred of doubt, the market’s top performer and the cryptocurrency where all the rage is over the past couple of weeks is Shiba Inu (SHIB).

As we detailed earlier this year, SHIB came to fame following the astronomic surges in Dogecoin’s price in May. Back then, a wide range of Doge clones came to light, many of which had no utility or functionalities whatsoever and were solely aimed at capturing a fraction of its value as means of making a lot of money very quickly.

Many thought that SHIB was the same. A self-proclaimed Dogecoin killer that only came to life and popularity after the former started increasing in value. Unlike the rest, though, Shiba Inu gained significant traction and quickly became a part of the cryptocurrency market’s 100 coins by total market cap.

And yet, SHIB’s story came to prominence. The cryptocurrency cooled off for a bit, much like the rest of the DOGE copycats, but is now the thing everyone talks about. And not without reason – SHIB’s price is up 100,000,000% since January 1st… this year. Yes, you read it right – the cryptocurrency added one hundred million percent to its value. Had you invested as little as $1 on Jan 1st, you’d be a millionaire (assuming you didn’t sell long before that). Not only that, but it seems to be charting fresh peaks almost daily.

So why does this happen? In this article, we examine the possible reasons behind SHIB’s astronomic increase and whether or not the cryptocurrency has legs to stand on going forward.

The herd mentality is a behavioral pattern described as a “tendency of people in a group to think and behave in ways that conform with others in the group rather than as individuals.”

Why is this important in SHIB’s case? Well, let’s dig into the cryptocurrency’s social media channels for a bit. At the time of this writing, this is how many participants there are:

These are some big numbers for a cryptocurrency project that was born a little over a year ago. For comparison, despite being one of the veteran cryptocurrencies, Dogecoin has 2.3 million followers – about 50% more. In other words – SHIB has a massive following.

And while there’s undoubtedly smart money riding the current parabolic advance, as well as technical traders and professionals, it’s an undeniable fact that the broad majority of investors are retail-oriented. We’re talking about regular Joes who put a couple of hundred bucks in hopes they’ll get rich overnight. We’re talking about TikTok-inspired investors who believe that SHIB is going to 1 cent, and after quick calculations, they come to some mind-boggling conclusions that their $50 will turn into $500K (for example.)

What’s common between a lot of these retail-oriented investors is their mentality – all of them subdue to the hype, to momentum, to chatter. Not many of them do their actual research, or if they do, they justify their investment thesis based on the conclusions of someone with a lot of followers on Twitter, Facebook, or Instagram. Today it’s SHIB, a couple of months ago – it was SafeMoon, tomorrow – it might be something else.

The psychology of the masses is a fascinating phenomenon, and observing it from the sides in the cryptocurrency market can prove to be very insightful.

A closer look into the comments section of Shiba Inu’s social channels reveals that the broad majority of people who interact with them are like-minded, they are united behind a common cause – to ride the wave and to be filthy rich with memecoin money.

They are also united behind the SHIBArmy slogan. We can see them mobilizing and channeling their energies into social media interactions distanced from SHIB, but with an ever-so-tiny relation.

This is a compelling phenomenon and anyone failing to recognize it is not doing themselves any favors.

That’s what’s preached by influencers on social media. And, what do you know – SHIB did fulfill a lot of these prophecies. As the title of this article says, it’s up one hundred million percent. Why wouldn’t it do it again?

That’s what a lot of people coming to the market are thinking. But the reality is far from being that simple. SHIB is far from cheap nowadays.

People who have little investment knowledge, let alone any trading knowledge, might not dig to the bedrock of the concept behind total market capitalization. SHIB’s current circulation supply is 549,153,111,315,363 tokens, and that puts its total market cap at $39 billion.

To make it easier to understand – If Bitcoin had the same market cap right now, one BTC would cost $2,068. Given BTC’s current price, this may sound like a bargain – but remember, the difference is just about 30x (give or take). Your $1 investment in SHIB (if it achieves Bitcoin’s current market cap) would be worth $30, not a million.

In other words – SHIB is now 1 million times more expensive than it was back in January, regardless of how many zeros there are before the numbers.

Dogecoin lovers might not love this, but it’s a fact – or at least it was a fact until the latest rally. Doge’s surge propelled SHIB and all the other clones.

And what Dogecoin has no other cryptocurrency has – Elon Musk’s ironic affinity. To this day, nobody can tell if he’s being serious about Dogecoin becoming the world’s currency or not. People can rarely be sure about many things he says, just because he’s a master of irony and perhaps even sarcasm.

However, he’s also a very popular and influential person – not to forget how rich he is. His opinion moves markets. When he criticized Bitcoin – BTC’s price dropped. When he praised it – it surged. When he talks Dogecoin – DOGE surges. And when DOGE surges – so do other coins.

Now, an argument can be made that SHIB has managed to break free from Doge’s leash (pun intended) because they’ve been quite uncorrelated throughout the last rally. Whether that will continue to be true, however, remains to be seen.

Still, DOGE’s influence on SHIB is certain, and it’s been there throughout the entire 2021.

But right now, DOGE doesn’t appear so appealing – it’s only a couple of hundred percent away from $1, which doesn’t sound so attractive to someone who’s chasing the next ‘100x gem.’ SHIB, on the other hand – for reasons explained above – is more appealing.

Cryptocurrency exchanges do not exist to make you money. They exist to make money. SHIB is a particularly attractive market – there’s a lot of retail investors who are more prone to tuning the leverage a bit more than they can manage.

Exchanges make money in a lot of different ways, but one of them is by charging a fee when positions are opened and closed.

Yesterday, Shiba Inu’s exchange-traded volume surpassed that of its market capitalization – that’s right, over $40 billion of SHIB was traded in a single day.

The decision to list SHIB had turned out to be a particularly lucrative one for exchanges, but it also had an imminent and direct impact on SHIB’s price. When A-tier exchanges such as Binance, FTX, Coinbase, and so forth list low-cap cryptocurrencies (and even large-cap ones), this tends to create traction, and that’s what we saw with SHIB earlier this year when Binance listed it and when all the others did so too. The price of SHIB surged 70% after the leading crypto exchange announced it would list it.

So… Is Investing in SHIB Justified?

Everyone has a different answer to this question. And perhaps, there’s no right one. From a fundamental perspective, one can argue that there’s not a lot going in SHIB’s way as its cryptocurrency isn’t used for anything besides market speculation at this point.

ShibaSwap – the decentralized exchange of the project recorded a somewhat impressive volume of around $760M in the past 24 hours. Still, over 80% of that comes from the coins associated with SHIB’s ecosystem. It’s perhaps safe to assume that once the hype around them inevitably tones down, so will the volume, as not a lot of other cryptocurrencies are traded there, making its actual utility outside of trading a tiny fraction of SHIB’s overall volume – obsolete.

So, with this in mind, it might be hard to justify a serious investment into SHIB, especially for the long term.

On the other hand, as we mentioned above, SHIB does have the SHIBArmy – a community of millions of people, and this could be something quite powerful.

Then again, even if we agree with this remark, SHIB’s overall supply is the definition of concentration. According to coincarp, the top 10 holders are responsible for 71% of the total market’s supply.

That’s ten people (or organizations) who’re in control of $28 billion out of the total $39 billion market cap of SHIB. Imagine what would happen if just one of them decided to cash out.

It’s hard to justify a long-term investment in SHIB for a range of different reasons. Yet… yet, $1 of it invested in January this year would now be worth a million, and there’s not much changed fundamentally – besides the enormous current market cap, of course.

These MASSIVE upgrades could send ETH parabolic with gains!!